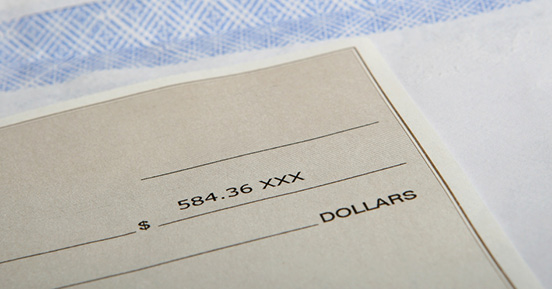 Many Canadians are finding uncashed government cheques worth hundreds – and in some cases thousands – of dollars through a little-known feature on the CRA website.

The CRA recently introduced a tool in the My Account portal that allows users to collect and cash in on any unclaimed cheques, dating as far back as they have been filing tax returns.

After the post surfaced, many Canadians looked into the matter and found hundreds of dollars worth of unclaimed tax refunds.

One man, Christopher Matthews, stated that he found over $6,000.

He said he was disappointed that the CRA did nothing to inform Canadians who are rightfully owed money.

“Most people have likely not even signed up to the CRA website as I believe it can be a somewhat complicated process to register,” he said. “So, if a cheque was lost in the mail, they would be completely unaware that the government still owes them money.”

The CRA issues millions of dollars worth of refunds and benefits to Canadians each year via cheques or, if the user has registered for the service using their account, direct deposits. According to a CRA spokesperson, these payments can remain uncashed by the taxpayer for reasons such as an address change or a lost cheque. There is no expiry date on government-issued cheques and the CRA cannot cancel or issue a new one until the taxpayer requests it.